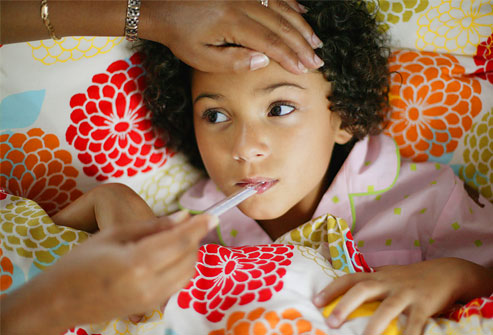 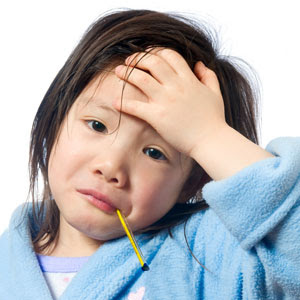 Fever is defined as a state when the body temperature rises a unit higher than the than the normal of 98.s units. Fever is primarily regarded as a pittaja disorder which because ayurveda accepts agni (fire) to be the karma of pitta and hence any aggravation or depletion of pitta must result in an abnormal state of agni in the body.

Treatment of common fever in ayurveda possesses its own idyllic idioms, as described the respected Ayurveda scholars, described in the ancient literature about Treatment of common fever in ayurveda and its medicines teach. Ancient text advocate patients down with common fever are almost always advised to fast for one day at least, so that the body toxins get washed out for good; this opens up a healthy passage for the bed-ridden to be treated from fever as soon as possible following the doctor`s advise. Only after following fasting other classical supportive remedies for this disease  are taken strictly under medical supervision.

According to Ayurveda the doshas residing in the Amasaya (Stomach) destroy  the fire (digestive activity), become Sama (mixed with undigested materials) obstruct the  passages (of rasa dhatu) and produce  fever; therefore, langhana (fast rasa dhatu) and produce fevers; therefore, Langhana (fasting) should be done either during the premonitory stage or at the commencement of fevers, safeguarding the strength (of the body) with all efforts, health depends on strength and the purpose of treatment in maintainance of health.

When the doshas get reduced by fasting, the digestive power becomes increased and feeling of lightness of the body appears, health, Comfort, hunger, thirst, desire for food, good digestion, strength and vitality (enthusiasm) also manifest. Langhana (fasting) is not desirable in fevers caused by Vata alone, in that caused by consumption, that due to external agencies and in that which has become chronic. For these, Samana (mitigating the dosas) therapy which does not cause weakness of the body is suitable.

When the patient in found to have developed the symptoms of proper langhana therapy, he should be treated next with administration of peya etc. drinking of Gruel , prepared with drug appropriate of Peya etc. either  for six days or till the fever become soft. By using different kind of gruel his digestive fire goes just as the external fire by the faggots (small piece of wood).