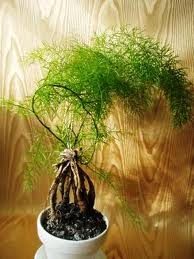 Shatavari Ghrita is especial ayurvedic medicine of Shatavari juice and root, milk and ghee (Bharat Bhaisajya Ratnakara). Take of clarified butter four seers, juice of Asparagus racemosus four seers, milk forty seers, boil them together and prepare a ghrita. This is given with the addition of sugar, honey, and long pepper.

Method of Preparation: Shatavari ghrita is made by decocting 1 part shatavari root in 4 parts ghee and 8 parts water and 8 parts milk (or just 16 parts water), over a low heat, until all the water is evaporated and only the medicated ghee remains. After it cools, vitamin E can be added to preserve it, if desired. Ghee is also used externally.

Dose :10–20g per day with warm milk
Uses : A specific remedy for menstrual insufficiency that manifests with amenorrhoea, dysmenorrhoea and weakness. A superb rejuvenative to all seven dhatu with a specific effect on the reproductive tissue, hence assisting in both male and female infertility.
Also used for male reproductive problems such as low sperm count. Used for acidity (amlapitta), it is safe for heartburn during
pregnancy and digestive disorders resulting in inflammatory blood disorders such as gout and colitis.