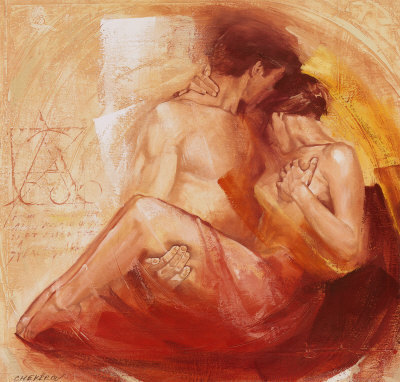 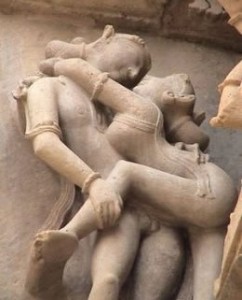 Man who is seeking pleasure should resort to Vajikarana (Virilification) therapy constantly. It bestows contentment, nourishment, children of good qualities, continuity of progeny and great happiness immediately. That (medicine or therapy) by which the man becomes capable of copulating with the woman with great strength like a horse, by which the body of the person gets nourished is known as Vajikarana, it is the best promoter of strength and vigour.

Brahmacharya-Celebacy, which is the cause of righteousness, success in life, long life, good for both the worlds/lives (the present and future lives) and always pure. For those who are of weak mind, those who are suffering from miseries, those and who are afflicated by diseases, vajikarana (Virilification recipes/aphrodisiac recipes) will be described to protect the wasting of their body.

Those who are strong, who are in their youth, and who consume aphrodisiac recipes, need not avoid copulation everyday in all seasons. The person should be administered oleation purification, decoction enema etc. along with ghee, oil, meat juice, milk, sugar and honey adopting proper procedure; food should be milk, meat soup and boiled rice etc. after these therapies, he should be asked to consume vajikara recipes which gives strength to the semen and the offspring.

Aphrodisiac recipes should be administered after purifying the body and considering one’s strength.