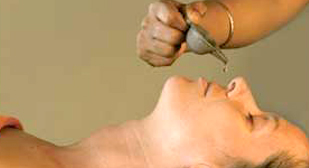 Facial nerve is the 7th Cranial nerve and Bell’s palsy is a kind of facial paralysis resulting from a dysfunction of this cranial nerve VII (the facial nerve). This leads to inability to control facial muscles on the affected side. There are many other conditions which can cause facial paralysis, e.g., brain tumor, stroke, chronic middle ear infection, and Lyme disease.   Bell’s Palsy named after Scottish anatomist Charles Bell, who first described it, Bell’s palsy is the most common of single nerve involvement disease and also called Mononeuropathy. It is the most common cause of acute facial paralysis.

There are a very large number of causes that can lead to facial paralysis. The following are the most prominent of them:-
(i) Bell’s Palsy is an idiopathic condition (i.e. its cause is unknown) and hence it is very difficult to diagnose it directly. Modern research shows strong evidence that Bell’s Palsy is caused due to the herpes virus, though this cannot be said with conviction.
(ii) Injury or Trauma If a person has suffered an injury on the face which has affected the facial nerve, then there is a strong chance that the person may suffer from facial paralysis, at least on one side of the face.
(iii) Tumors Cancers in the facial region are very strong contributing factors to facial paralysis. Tumors that arise in the facial region can exert pressure on the facial nerve which could lead to the paralysis.
(iv) Infections Viral infections also lead to facial paralysis. The herpes zoster virus is considered responsible for the Herpes Zoster Oticus, which affects the cranial nerves.

Though different types of facial paralysis have different symptoms, the commonly observed symptoms are mentioned below:-

Bells Palsy is known as ardita in ayurveda. It is caused due to excess of vata dosha. The treatment guidelines for these conditions have been widely enumerated in the classical texts of Ayurveda. In spite of the various treatment modalities available, Ayurveda has proved or stands to be one of the most effective treatment methodologies for the best possible recovery in Paralysis condition. So, immediately after getting discharged from Acute medical care center or hospital, it is always highly recommendable to take Ayurveda treatment. The line of Ayurveda treatment is ist purification treatment, followed my palliative medication along with diet and lifestyle.

At CHARAKA Samhita, there is well description of purification treatment Panchakarma therapies along with oral medications for treating facial Paralysis. The therapies like Abhyanga swedam, Nasyam, Karna pooranam, Snehapanam, Virechanam, Shiro vasti, Sarvanga dhara (Pizhichil), Pichu, Navarakizhi, Vasti etc. are done as per the necessity and condition for about 4 – 5 weeks. Apart from these Diet & Life style modifications are essential throughout the treatment of Paralysis. Early intervention of Ayurveda treatment maximizes the recovery chances of Paralysis condition. As early as the treatment started, there will be better improvement of the condition. Ayurveda treatment are the treatment of the root cause so there will not be any side effect.