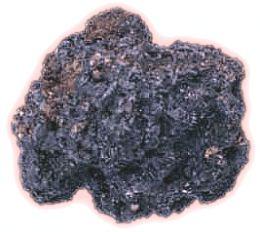 Shilajit is a Sanskrit word meaning “exuding from the rocks.” It is also spelt “Shilajeet,” and is known by various other names, such as Shilajita Mumiyo, mineral pitch, mineral wax or ozokerite in English, black asphaltum, and Asphaltum punjabianum in Latin. Shilajit is commonly called Shilajitu in Ayurveda. Other names by which Shilajit is famous are asphaltum, mineral pitch, and girij.

It is a kind of resin that oozes out from Himalayan Mountains due to the heating effect of the sun in summer. It is pale brown to blackish brown in colour. This resin is soft in texture, slimy to touch, pure and heavy. It is soluble in water.

Shilajit is obtained from rocks in the Himalayan region. It is a form of mineral that drips from the cracks of the rocks during hot weather. It is the decomposition of the plant matter in the rocks centuries before. The bio-transformed plant matter is extruded from the rocks by geothermal pressures. It is collected in raw form for further purification. Walking high in the Himalayan Mountains, a thick rich paste oozing out from the rocks in the towering cliffs is Shilajit.

In Ayurveda, there are eight separate branches that combine to create the entire makeup of the ancient science, including Rasayana, which is a Sanskrit word meaning rejuvenation.Shilajit – Ayurveda Remedy For All Ailments  : Shilajit, or Shilajitu as it’s sometimes called, is said to be extraordinarily useful for the treatment of almost any disease or ailment known to modern man, and, the organic substance has been used as such for literally thousands of years with millions of years in the making.

The shilajit within the Himalayas is said to be fossilized forms of plant  life that undergone this process of growing dying out and being absorbed  back into the earth. Every summer during  the wammer months, people precariously travel up the mountain sides after ice has melted to look.

Silajit or Shilajit is used in the Ayurveda, the traditional Indian system of medicine. Shilajit is a rasayana material and is an adaptogen, i.e. a material that enhances strength, stamina, and stress relief. The composition of shilajit is not well understood, but has been reported to contain at least 85 minerals in Ionic form, including triterpenes and aromatic carboxylic acid, as well as humic acid and fulvic acid. Clinical studies are being conducted to corroborate the ancient claims as to the drug’s various properties.

Traditional Ayurvedic Uses:  Shilajit is a powerful source of all the minerals and trace minerals needed by the human body. It is more expensive than herbs, and takes over a month to process correctly for maximum health benefits.