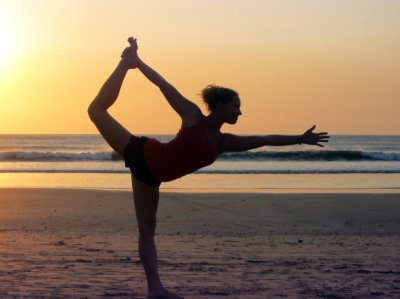 The word ‘Yoga’ has been used in Vedas, upanisada, Gita and Mythological scriptures etc. since ancient times. It is a very popular and important term in the Indian context and worldwide. Be it in devotion, self realization or in the day to day work arena, yoga deals extensively with every aspect of our life according to these classics.

Patanjali defines ‘Yoga as eradication of negative moods, transposition, alternate option, and memory ar the five moods. With the practice of yoga with dedication and devotion one eliminates these negative moods and the mind finds solace in merging with the soul – this is Yoga.

Maharshi Vyas described Yoga as Samadhi. The Sanskrit grammer show that yoga derived from the root ‘Yuj’. In short we can say that the controlled practices which results in the meeting of Atma and Param atma  (Soul and supreme soul) is Yoga.

The sages believe that sole purpose of Yoga is to merge with the supreme soul. When one eradicates all negative emotions by following yoga, the detachment to momentary emotions and moods follows and control of one’s life is achieved. The mind has five phases Kshipta , Mudha, Vikshipta, Ekagra, and Nirudha. The first three phases are not capable of reaching the high state of Samadhi. The fourth and fifth phase of mind enables one to reach a state. Where in one loses the bondage of Karma and one can attain Sampradnyat Samadhi and Asampradnyat Samadhi.

When Samadhi is obtained with the help of an object or idea (that is , by fixing one’s thought on a point in space or on an idea) the stasis is called Samprajnata Samadhi (enstasis with support) or differentiated enstasis when on the other hand, Samadhi is obtained apart.

From any relation (whether external or mental ) that is when one obtains conjunction into which no otherness enters but which is simply a full comprehension of being one has realized asamprajnata – Samadhi.