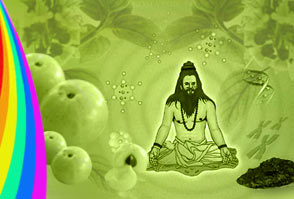 Immunity The primary action of cyavanapra´sa is to increase resistance to infectious diseases, to build haemoglobin and white blood cells. It is especially good for the lungs as it nourishes the mucous membranes and helps to clear phlegm. It strengthens vata and increases ojas.

Convalescence It is a superb remedy to include as part of a programme to facilitate recovery from illness and stress. It specifically increases muscle mass and tissue (dhatu) strength. If the digestion is good it does not aggravate kapha.

Reproduction It was originally created to give the elderly sage Cyavana the required virility to satisfy his young bride and hence it has a nourishing effect on the reproductive tissues. It should be used as a prophylactic in times of excessive sexual activity as well as a tonic in cases of debility. Use when there is infertility, low libido and sexual weakness.

The dried powdered herbs and the bundle of fresh amalaki are decocted in 12L of water reduced to 3L. The amalaki seeds are separated from the pulp and fried in the ghee and sesame oil. The jaggery is added to the strained decoction and boiled to form a syrup to which the fruit pulp is added. Trikat.u, cinnamon, cardamom and saffron are added to the mixture and it is sealed (Caraka Sam. hita-, Cikitsa-stha-na, taken from Kulkarni 2000)

Avoid in hot weather for pitta types or with indigestion.