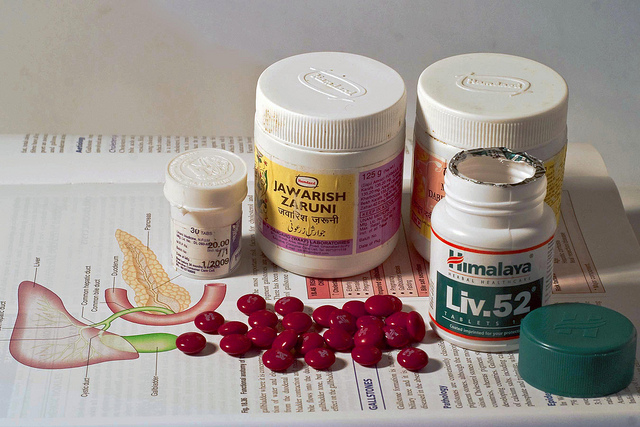 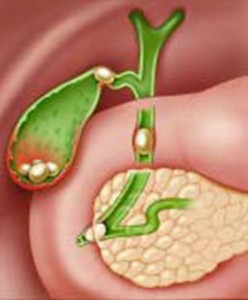 The gallbladder is a pearshaped organ that is located beneath your liver. Gallstone are solid deposits of cholesterol or calcium salts that form in your gallbladder or nearby bile ducts — often cause no symptoms and require no treatment. If a gallstone exits the gallbladder, it can cause pain and other symptoms. Gallstones usually begin producing symptoms when they obstruct the duct that leads from the liver to the gallbladder or the duct that leads from the gallbladder to the small intestine. Gallstones most commonly affect people over the age of 40 and are generally associated with high blood cholesterol levels. Women who have had multiple pregnancies are also at increased risk.

According to Ayurveda, gall bladder stones form mainly due to an improper metabolic process and this process is governed by the elemental force like the bile, Pitta. Pitta controls the digestive system and all biochemical process. The Ayurvedic treatment of gall bladder stones involves herbal medications, detoxification and advice on adjustments to diet and lifestyle.

Numerous herbs are recommended for banishing gallstones, improving the flow of bile, and preventing the formation of new stones. Any of the following treatments are suggested by herbalists: Combine equal amounts of tinctures of wild yam, fringetree bark, milk thistle, and balmony, and take a teaspoonful of the blend several times a day. Drink chamomile or lemon balm tea or a combination tea of balmany and fringetree. To make any of the teas, steep 1 or 2 teaspoons of the herb in 1 cup boiling water for 15 minutes; strain. Other beneficial herbs for treating gallstones include catnip, cramp bark, dandelion, fennel, ginger root, and horsetail.

Yoga is also considered as an effective method for treatment of gall bladder stones. Exercise is essential for treating gall bladder stones, as physical inactivity is very much likely to lead to lazy gall-bladder type indigestion and eventually result in the formation of stones. Various Yoga Asanas are suggested for treatment of gall bladder stones and they are considered as beneficial in toning up the liver and gall bladder. Some of the most commonly used yogic asanas for treating gallstones include Sarvangasana, Paschimottanasana, Salabhasana, Dhanurasana, Bhujangasana, etc. Yoga poses that help ward off gallstones by emptying the gallbladder include the Bow, Peacock, and Spinal Twist.

In Ayurveda, gallbladder stone are known as “PITTASMARI”. They are believed to result from an imbalance among the three doshas — or energy systems — which are known as vata, pitta and kapha. simple lifestyle changes such as losing weight, avoiding constipation, and consuming fruits rich in vitamin C, such as amla, or Indian gooseberry. apatarpana, or fasting, followed by langhana — a light, wholesome diet with an emphasis on fruit and vegetable juices, yogurt, cottage cheese and olive oil.

The application of hot packs are a staple of Ayurvedic treatment for gallstones. Ayurveda recommends soaking a flannel cloth with one cup of castor oil, placing it over the area of your gallbladder, covering it with plastic wrap and placing a heating pad over it for half an hour. Ayurveda advises applying the pack daily for a month, then decreasing the frequency to three times a week.