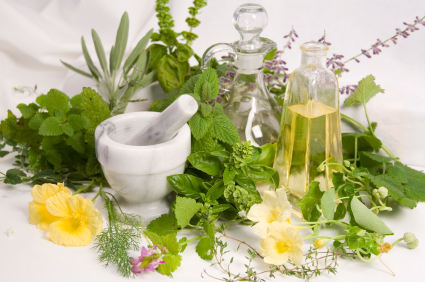 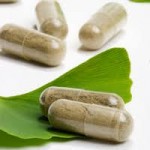 Cancer is one of the most dreaded diseases of the 20th century and spreading further with continuance and increasing incidence in 21st century. Several studies have been conducted on herbs under a multitude of ethno botanical grounds ‘‘Ayurveda’’ as it means in Sanskrit (the ancient language of India) – ‘ayus’ (life) and ‘ved’ (knowledge) is often translated as science of life and is a 5000 years old system of Indian medicine. It emphasizes prevention of disease, rejuvenation of body systems and extension of lifespan.

Charaka  and Sushruta  samhitas, two well-known Ayurvedic classics, describe cancer as inflammatory or non-inflammatory swelling and mention them as either Granthi (minor neoplasm) or Arbuda (major neoplasm). Ayurvedic literature defines three body-control systems, viz., the nervous system (Vata or air), the venous system (Pitta or fire), and the arterial system (Kapha or water) which mutually coordinate to perform the normal function of the body. In benign neoplasm (Vataja, Pittaja or Kaphaja ) one or two of the three bodily systems are out of control and is not too harmful because the body is still trying to coordinate among these systems. Malignant tumours (Tridosaja) are very harmful because all the three major bodily systems lose mutual coordination and thus cannot prevent tissue damage, resulting in a deadly morbid condition .

Ayurvedic classification of neoplasm depends on various clinical symptoms in relation to Tridoshas. Group I: Diseases that can be named as clear malignancy, which includes arbuda and granthi, e.g. mamsarbuda (melanoma) and raktarbuda (leukaemia), mukharbuda (oral cancer), etc. Group II: Diseases that can be considered as cancer, such as incurable ulcers with e.g. tridosaj gulmas (abdominal tumours like carcinomas of the stomach and liver or lymphomas). Group III: Diseases with the possibility of malignancy, e.g. Visarpa (erysipelas), asadhya kamala (incurable jaundice) and nadi vrana (sinusitis).

Sodhana chikitsa (purification process), which eliminates vitiated doshas, have been primarily used for medical management of cancer. When both internal and external medications were given then it is called as panchakarma chikitsa. The other type of curative therapy is called somana chikitsa, which pacifies dosha and gradually relieves the disease. However, this treatment is prescribed only to weaker patients for whom sodana chikitsa is contraindicated. In Rasayana prayoga (immunotherapy), certain poisonous plants, mercury like metals and animal products were rendered non-toxic and harmless by the use of alchemy and are used as rejuvenating drugs. Other methods of treatment include, dhatwagni chikitsa (correction of metabolic defects), vyadhipratyanika chikitsa (specific anti-cancerous drugs) and lakshanika chikitsa (symptomatic treatment) . When medical treatment practices fail, then the case was left to surgeons. Surgical cancer management in Ayurveda include the principles of fomentation by means of external application, cleansing by internal medication, treatment to liquefy the contents of the swelling, opening the tumour surgically for evacuation of its contents, cauterisation to avoid recurrence and post-operative care for healing the wound . Cauterisation with alkalis and acids and other surgical procedures were performed with herbal and mineral medicines. Arbuda is excised completely from its deep root seat and cauterisation done to destroy any of the remaining cell particles .

The use of antioxidants during chemotherapy enhances therapy by reducing the generation of aldehydes. Natural drugs, which are used as Rasayanas in Ayurveda, have also been proved to have antioxidant properties.
The most commonly prescribed Rasayana drugs are Triphala (Terminalia Chebula, Embellica officinale, and Terminalia ballarica), Guduchi (Tinospora cordifoia) and Punarnava (Bohhervia diffusa). The patients who receive Ayurvedic treatment along with chemotherapy have shown more regularity in maintaining the chemotherapy cycles as the hematological levels can be maintained up to a normal state.

Interestingly, Snehana, i.e., intake of various medicated oil preparations in a classical way a week or 10 days prior to the start of chemotherapy or radiotherapy, has been found to reduce the toxic effects of such therapies.

1. Ashwagandha (Latin: withania somnifera) – The roots of ashwagandha are used as a medicine. If its paste is applied on the surface, the tumour stops growing, it protects bones from the side effects of chemotherapy and radiation therapy.

Dose: Ashwagandha powder is taken in dose of 3 to 6 grams per day.

2. Anantamoola (latin:sariva hemidesmus indicus) – The root is used as medicine. Anantamoola purifies blood and increases the quantity of urine and sweat. It contains active ingredients which have anticancer properties to some extent and is particularly useful to reduce the side effects of chemotherapy and radiation therapy.

3. Amalaka (Latin: emblica officinale) – Amalaka is the best tonic i.e. rasayana nad subdues all the three doshas. Elacid acid is an antioxidant and controls free radicals. It is useful to reduce the side effects of chemotherapy and radiation therapy.

4. Hareetaki (Latin: termialia chebula) – Hareetaki subdues vata because of sweet and sour tastes. It reduces the free radicals and it’s a great antioxidant. It is also useful in reducing the side affects of chemotherapy and radiation therapy.

5. Bibheetaka (latin:terminalia bellerica) – Its fruits are used and it is astringent, dry, light, hot and acts as an eye tonic. acts as antioxidants. It is useful in reducing the side effects of chemotherapy and radiation therapy.

6. Triphala – it is a mixture of powders of amalaka, karretaki and bibheetaka. All these protect the patient from free radicals. It acts as a tonic and postpones ageing and slows the growth of cancer.

7. Kumara (Latin: korphad-aloe vera) – Its leaves are thick and contains sticky thick white colored juice. It has 23 polypeptides of this emodin and lectve have anti-cancer properties. Kumara increases the number of T – lymphocytes and the number of cytokines in lymphocytes. It is useful in all cancers except cancer of brain and pancreas. It reduces the size of tumors which could not be done without operation otherwise.

8. Kutaki, katuka (Latin: picrorrhiza kurroa) – The roots of kutaki are used as medicine. It is bitter, dry, light, cold and subdues pitta and kapha. In large doses it acts as purgative. It is useful for jaundice and cancer of skin and liver.

9. Kakamachi (Latin: solanum nieurum) – Its leaves, fruits, roots, flowers and bask i.e., the entire plant is used as medicine. If taken in excess it produces vomiting, diarrhea, pain in abdomen and headache. Medicines

11. Guduchi (Latin: tinospora cordifolia) – It is a parasite which grows on trees of mango or kadu nimbi (Neem/Azadirachta indica). It prevents neutropenia which is a side effect of cancer therapy with cyclophosphamide. It improves the function of G.M.C.S.F. it reduces the side effects of chemotherapy and radiation therapy.

12. Chitrak (Latin: plumbago zevalnica) – The skin of roots of chitrak is used as medicine. It is pungent, light, hot, penetrating, and dry and increases appetite and digestive power.

Its dose is 1 to 30 gms of powder (of its skin of roots) per day. If given in larger doses, it gives rise to burning in stomach and burning micturation. It may cause abortion if given to pregnant woman.

13. Tagara (latin:valeriana wallichii DC) – Again this herb also has been reported to have anticancer properties.

14. Bala (Latin: sida cordifolia linn) – The roots, leaves and seeds of bala are used as medicine. It is useful in thin, lean and weak people and for weakness in cancer. An anticancer ingredient is found in bala.

15. Tulsi (Latin: holybasil ocimum sanctum) – The leaves, roots and seeds of holy basil are used as medicine. The leaves of tulsi contain ozone. If in spite of adequate supply of glucose, the supply of oxygen is less, the normal cells get converted into carcinogeni cells. It is likely to be useful in cancer of lungs.

16. Bhallataka – marking nut (Latin: semicarpus anacardium) – The marking nut tree is 20 to 40 feet tall. Its fruits are used as medicine. Bhallataka is pungent, bitter, light, unctuous, and hot. It subdues kapha and vata and increases It is useful in curbing of enlargement of liver and spleen, enlargement of glands and hemiparalysis.

17. Bhoomyamalaki (Latin: phyllanthus amorus) – The entire plant is used as medicine. It is useful in cancer of skin and liver. Its dose is 3 to 6 gms in powder form or can be taken as juice form in dose of 10 to 20 ml per day.

18. Shatavari (Latin: asparagus racemosa) – The tubers of medicine is used It reduces the side effects of chemotherapy and radiation therapy.

19. Garlic – Its cloves are used as medicine.. It is useful in cancer of oesophagus, stomach and lungs.

20. Shilajit – It is bitter, pungent and rasayana. It is useful in obesity, piles, urinary stone, obesity and rheumatism.

21. Guggul – It is a gum collected from the barks or trunks of the tree. It is useful in rheumatism, curbing enlarged lymph glands, skin diseases, prameha, obesity, oedema, piles, urinary stone. As gugggul is hot, one should avoid eating pungent and sour food items, alcoholic drinks, sex, exercise, sitting in sun, and getting angry.