Home » All About Neisseria Gonorrhoeae 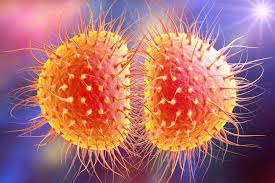 But when one of those microorganisms goes rogue, it can wreak havoc on your body. The human body is a super complex system of organs and microorganisms that work together to keep us alive. Scientists estimate that more than 100 trillion microorganisms from thousands of different species live on and in the average human body. There are only about 10 trillion human cells in our bodies, meaning we are outnumbered by microorganisms by a ratio of 10 to 1. One such disgusting little guy is Neisseria gonorrhoeae or gonorrhea for short which requires access to a clinic for blood test in Montreal for proper diagnosis.

Gonorrhea is caused by a type of bacteria called Neisseria gonorrhoeae, which thrives in warm, moist areas like the cervix (opening to the womb), uterus (womb), and fallopian tubes (egg canals) in women; and in the urethra (urine canal) in women and men.

Neisseria gonorrhoeae is a gram-negative, diplococcus-shaped bacterium that grows readily on routine culture media. It is an obligate human pathogen and does not grow on any media in the absence of human serum. The organism inhabits the mucosal surfaces of the urogenital tract, including the endocervix, urethra, rectum, pharynx, and conjunctivae. In women, the gonococcal infection may be asymptomatic; however, when present, symptoms include purulent vaginal discharge and dysuria. In men, symptoms include urethral discharge and dysuria. Untreated gonorrhea can result in pelvic inflammatory disease (PID) and infertility in women. Infections can also be transmitted to infants during delivery. Severe clinical manifestations such as disseminated gonococcal infection (DGI), which can lead to skin lesions and tenosynovitis involving large joints such as the knee, occur less frequently but are important causes of morbidity.

The bacteria may penetrate the bloodstream from any infected mucosal surface. The endocardium is not spared and can develop vegetations that may embolize to the brain or other organs. Endocarditis due to N gonorrhea is often associated with prosthetic heart valves, congenital cardiac defects, or mitral valve prolapse. The infection presents as fever, malaise, myalgias, arthralgias, and weight loss. More specific signs include skin nodules (i.e., Osler nodes), splinter hemorrhages under the fingernails, Janeway lesions (a painless maculopapular erythematous lesion on palms or soles), Roth spots (retinal hemorrhages with a pale center), and heart murmurs.

Asymptomatic patients with N. gonorrhea pharyngeal infection are unlikely to develop the disease, but they may be important sources of transmission.

Pharyngitis may be the only presenting symptom in some patients. The infectious dose is low (10–100 organisms).

Conjunctivitis is caused by the direct inoculation of organisms into the eye. Common symptoms include burning sensations, tearing, photophobia, and purulent discharge from the eyes. Ophthalmia neonatorum is a concern for newborns delivered vaginally to mothers with untreated gonococcal infection (see Neonatal Gonococcal Disease).

Infection of the epididymis and testes can occur, but generally only in men who have a concurrent urethral infection. Primary infection of the testes is unlikely because N gonorrhea cannot survive at body temperature. Testicular pain may be due to a primary testicular infection or to an ascending epididymal infection that spreads to the testes.

The testes are infected by ascending spread from the epididymis. This occurs as a result of inflammation and disruption of the blood-testis barrier and may be caused by autoimmune phenomena. The spermatic cord may become inflamed and tender, and hydrocele can result from increased pressure within the scrotum.

Fever, prostatitis, orchitis, urethritis, and epididymitis occur in about 5–10% of men with gonococcal urethritis.